The e 614 could be a typical condenser microphone – were it not so robust, focused and almost outrageously good value for money.

It’s with a certain amount of pride that Kai Lange, Senior Product Manager at Sennheiser, weighs the small, dark piece of metal in his hand: “Virtually indestructible. And you can really feel it.” To reinforce the point, he then sets it down on the table in front of him with a bang. Yes, the e 614 is indeed a tough cookie. The sound engineer from Sennheiser explains why: “Extra thick housing, reinforced gauze – you can use it to hit a nail into the wall.” The e 614 however is less suitable as a hammer: with a length of just 10 cm and a diameter of only 2 cm it is very compact even for a small-diaphragm condenser microphone, and can therefore be easily positioned. With such a construction, tough recording sessions and very small spaces won’t do it any harm. The best prerequisites for use on tour but also in rehearsal rooms. 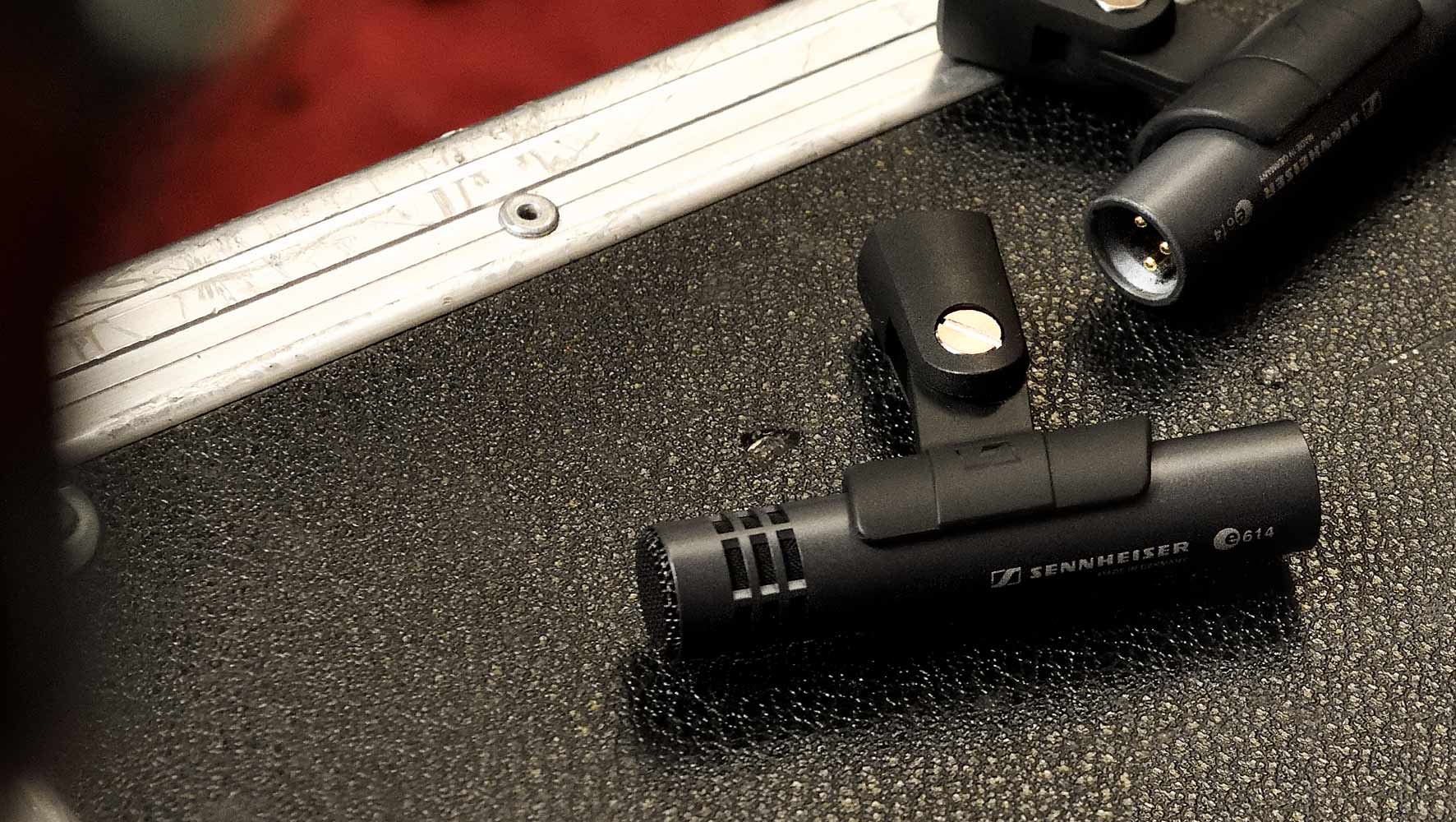 The e 614 is the lowest-priced condenser microphone in Sennheiser’s product portfolio. It is particularly suitable for miking percussion as well as acoustic string and woodwind instruments.

And the sound? “Where the sound is concerned, the e 614 is a typical condenser microphone: detailed, neutral, very good impulse response. In that respect, we haven’t tried out any new tricks.” But then in order to add something special after all: “The majority of small-diaphragm condensers work as cardioid microphones. With the e 614, however, we plumped for a super-cardioid one because this allows it to perform its task even better within the evolution 600 family,” continues Lange. “The e 614 was one of the last microphones to join the series and rounds it off with its specialization in percussion, piano, acoustic guitars, woodwinds and as an overhead mic – basically everything that a small-diaphragm microphone is best at capturing. Together with its super-cardioid pick-up pattern it can focus superbly on one instrument.” A further advantage of this focus is that in rooms which have not been soundproofed it is hardly distracted at all by sound reflections – ideal for spontaneous sessions in unusual locations.

"With the e 614 you are focusing a precise spotlight on a single instrument; it then presents this to you effortlessly in your mix – detailed and completely unfazed by ambient sounds."

Indebted to the family.

But the e 614 would not be a genuine member of the 600 series if it didn’t also offer outstanding value for money. “It wasn’t so easy to develop a condenser microphone that met our standards but also at a price that beginners can genuinely afford”, smiles Kai Lange mysteriously. In fact, the e 614 is the lowest-priced condenser microphone offered by Sennheiser. Unlike the dynamic microphones of the evolution 600 series, automated production of it is not possible. “Consequently we have drawn on all our experience and done what the e 614 itself does: focused on the essentials and dispensed with any extras,” explains Lange. For example, the e 614 doesn’t have any switches or adjustment options. Or as Lange summarizes it: “Optimum set-up? Just plug it in and you’re good to go”.

In a condenser microphone, the diaphragm oscillates in front of an electrically charged metal plate. If the distance between the two changes, then the current flow also changes – bingo, we’ve got our signal. Condensers can in principle capture sound more “finely”, pick up more frequencies and are more agile in their response to rapidly changing sound pressure levels.

Dynamic microphones work on the same principle as loudspeakers – just the other way round. The diaphragm is firmly connected to a magnet which, when oscillation takes place, plunges into a coil. This generates current and that becomes our signal. Usually dynamic microphones cost less and are more robust – both in terms of sound and handling. However, the price of their feedback protection and punchy sound is less realism and poorer resolution compared with condenser microphones. 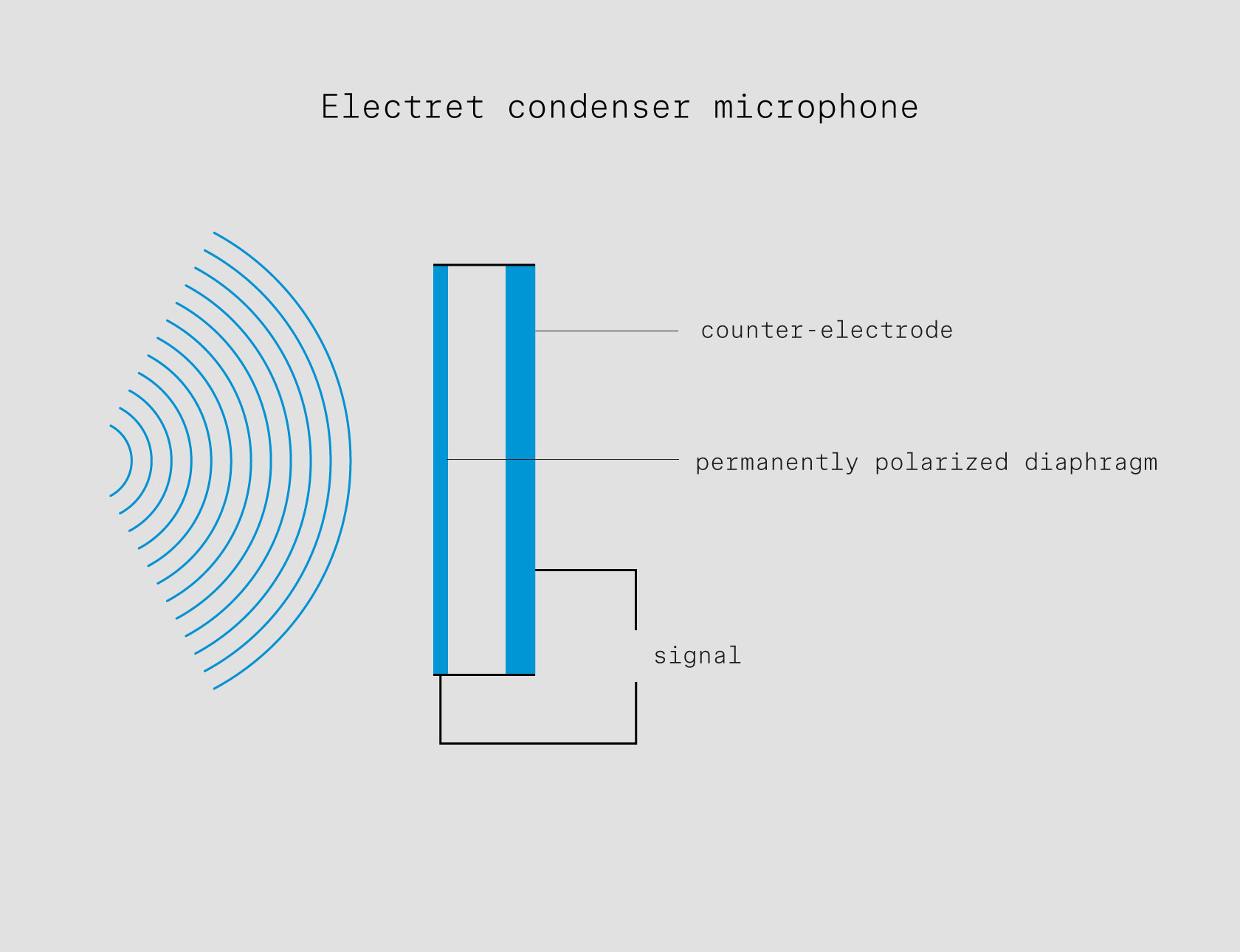 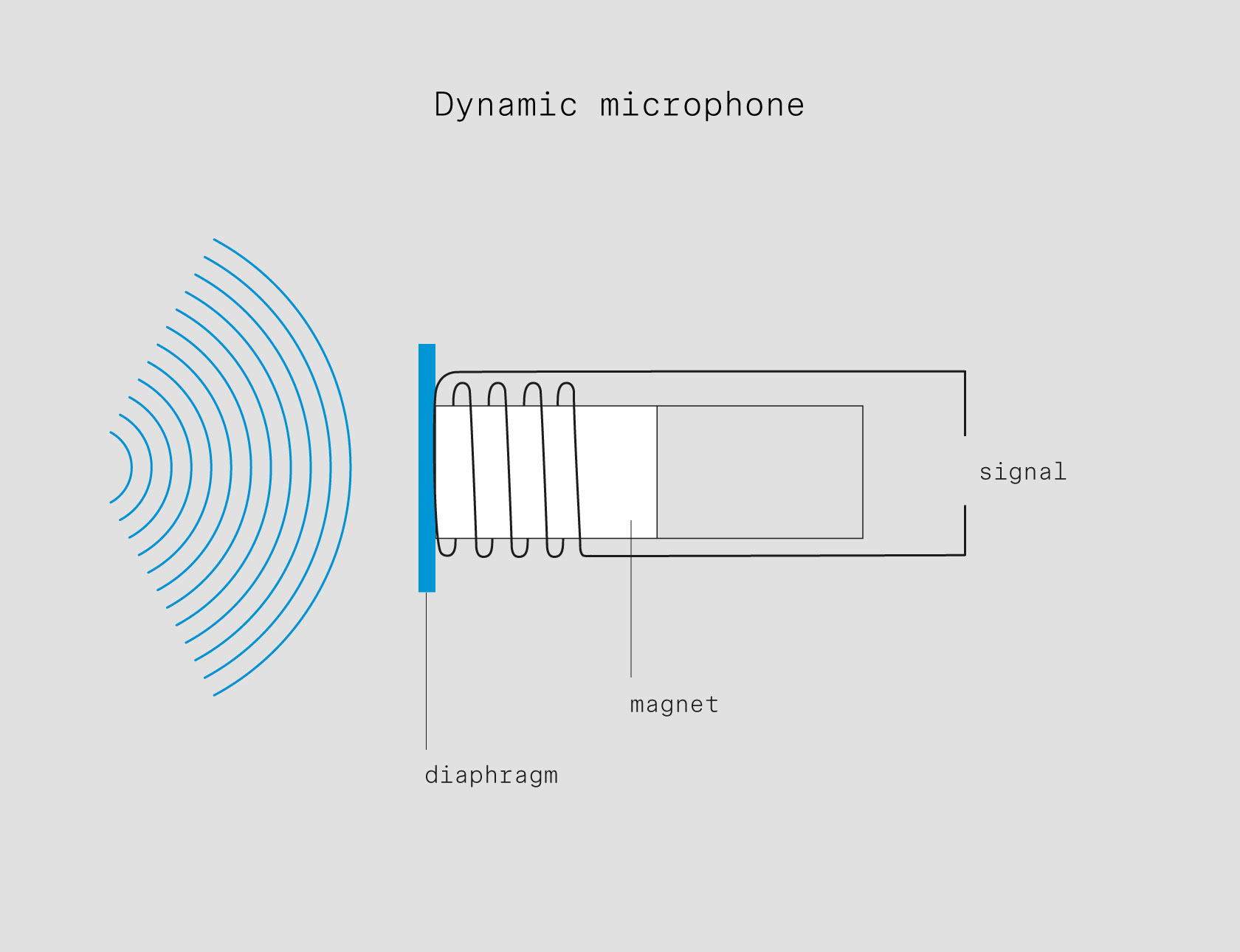 We refer to them as large-diaphragm if they have a diameter of at least one inch, i.e. 25.4 mm. They shape the sound by adding an individual quality which provides warmth and fullness. Small diaphragms are generally smaller than half an inch. Their specialty is capturing the sound particularly realistically without adding anything to it. This neutrality provides an extremely detailed sound and opens up several possible applications for small-diaphragm microphones.

The “pick-up pattern” is a way to showing how well microphones “hear” sounds from certain directions. These pick-up patterns are named after their particular shapes. 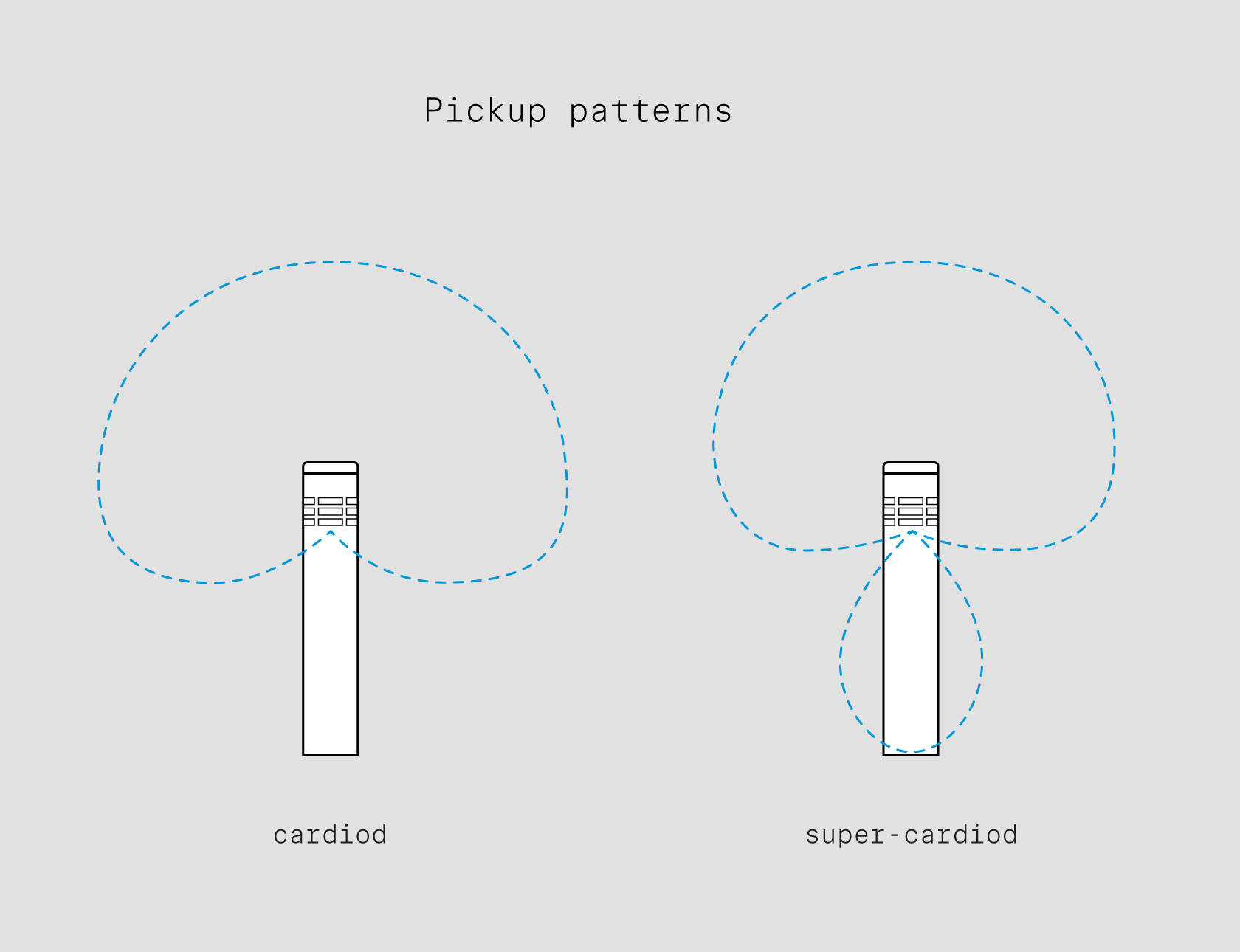