2004 saw the start of the first field tests of what was then the new ‘evolution 900’ family. This time, the developers at Sennheiser did not rely merely on measurement results and experience in electro­acoustics but also on “golden ears”: in numerous field tests, the series’ sound was adapted for professional stage use. With 3 vocal and 6 instrument microphones, the premium series covers a substantial proportion of common live applications.

Drum roll: The mightiest secret of the e 904 will be out in just a few minutes. It has to do with the legendary MD 421 – and curiously, with a nose.

At the Sennheiser headquarters, Product Manager Sebastian Schmitz and Development Engineer Heinz Epping don’t beat around the bush for long. Lying in front of Schmitz is a – literally – bruised and battered microphone: the metal surface tells a story of the many, many occasions it was used with toms and snares, accidentally got bashed or was handled roughly. It is one of the prototypes of the e 904, constructed 14 years ago, tested, adapted and often deliberately badly treated.

A tough task for the Sennheiser engineers

Treating something badly was not an easy task for the Sennheisers at the time. After all, for decades one had regarded oneself as a specialist factory for top microphones, particularly for studio recordings and broadcasting stations. And these jewels in electroacoustic terms were something you had to treat with care and humility, thank you. But the evolution series started a revolution 20 years ago: a micro-series designed for the world’s live stages, efficiently designed and focused on maximum value for money. Epping recalls: “Back then we increased the drop height that our live microphones had to survive unscathed from 1.50 to 2.50 meters.” Having the microphones smack into a massive steel plate from all conceivable angles was something that some colleagues initially found far from easy at first.

Born out of a legend

Schmitz weighs the e 904 in his hand. It is significantly heavier than the beginner’s model, the e 604, and uses metal instead of glass-fiber reinforced plastic. Schmitz unscrews the basket from the e 904. Wherein lies the secret of the little drum legend? The roots of this premium model ultimately go back to the legendary universal microphone, the MD 421, which from the 1960s onwards was revered just as much by Pink Floyd and countless sound engineers as by TV and radio stations. Its character was the inspiration for the compact version MD/BF 504, and later for the e 604. The characteristic boost in the frequency response curve, however, are things that the e 904 has left behind: the top range in the evolution series has been designed to be neutral in the frequency response curve and complements every microphone in the 900 family. Schmitz expresses it like this: 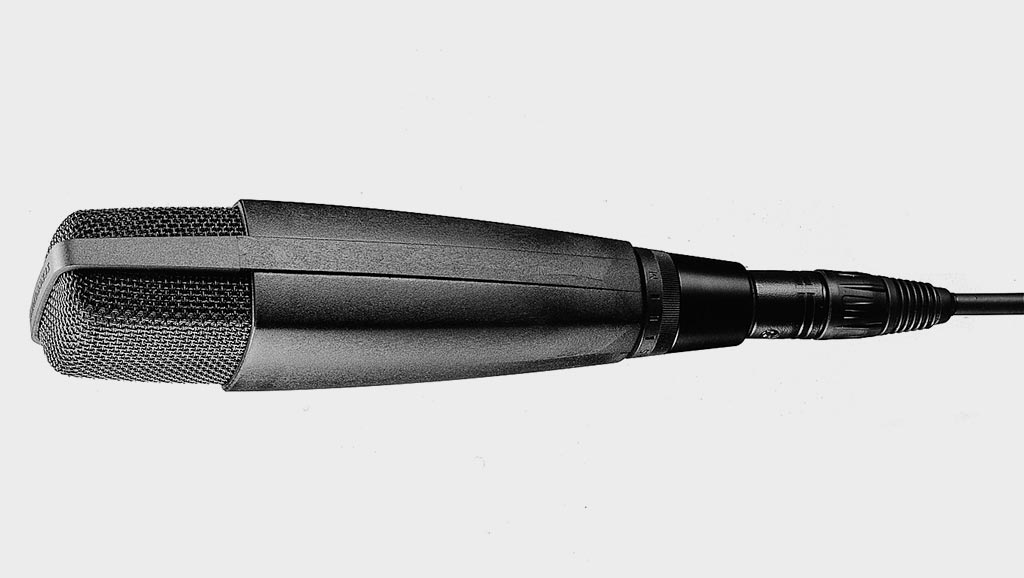 From the 1960s onwards, the MD 421 was a legend as it was flexible and could be used to record both speech and music. Its nickname was “King of the tom mics”. The sound of the MD 421, with drum recordings in particular, inspired the development of the compact models 504 and e 604, and lives on in the 904.

"For every 900-series microphone, Schmitz had a clear maxim: I put it in the standard position and receive a signal that I can work with immediately, that I can shape immediately, which is already reliably positioned in the mix. Focusing, not correction."

Both smile. Now the secret of the 904 has been revealed: “There isn’t one”, says the trained sound engineer. And it is precisely this – only seemingly – lack of pre-shaping which is the special thing about it: “The e 904 is not a drama queen that first needs to be tamed at the mixing console and certainly not a beast that you first have to laboriously straighten out in the frequency response curve. The e 904 has an extremely smooth frequency response curve. You don’t have to tame it, you get a sound that you can shape in any direction – from an angry, edgy rock sound to sophisticated jazz.” Instead of delivering a “sound”, the e 904 provides the foundations for genuine design. This “neutrality”, they explain, is typical of the e 900 series.

When developing the evolution series, some highly sensitive electronics and mechanics were dispensed with – and with good reason. Dependable use on stage during live performances makes different demands from studio and broadcasting operations. There is one thing that the Sennheiser developers didn’t want to let go of, however: even now, every 900 microphone has a protection system that other manufacturers do without. The hum compensation coil generates a phase-inverted, opposing field, which cancels out background noise from the power grid and from other equipment.

At the Sennheiser headquarters Sebastian Schmitz packs the e 904 prototypes away again. Back to the company archives? Schmitz and Heinz Epping laugh: “No, they are going straight back into use.” As it turns out, since 2004 the prototypes have been in use almost every weekend – at festivals big and small, concerts and recording sessions. Naturally, without any malfunctions. And with this sound which is so easy to configure. 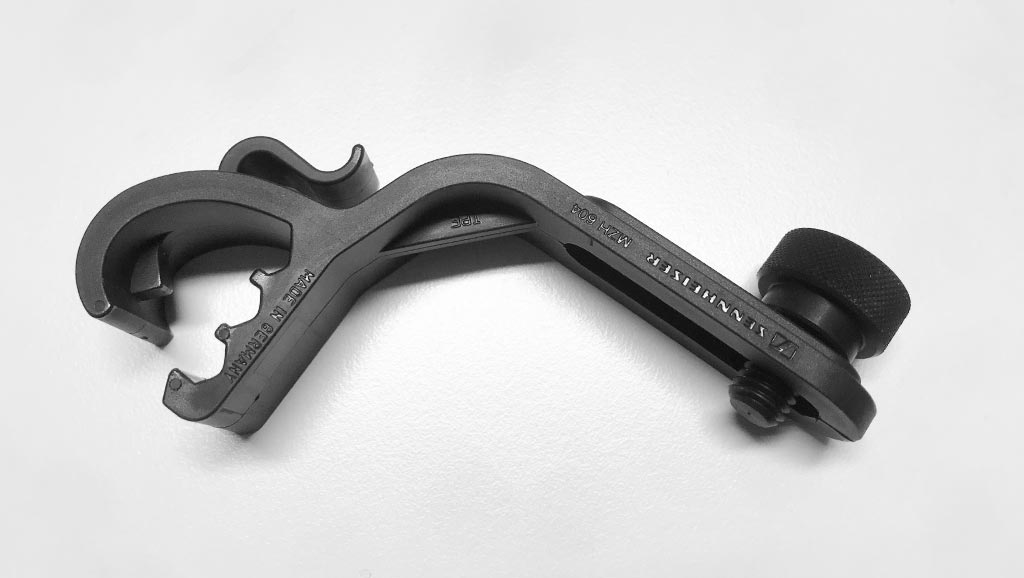 Position, fasten, and you’re done: what seems so natural nowadays is part of the mini revolutions that took place while developing the ‘evolution’ microphones. The holding device was developed in the context of the evolution series. As a result, the maze of tripods around the drum kit thinned out considerably. Others have since been keen to copy the holding device.